For More Info - Call Us 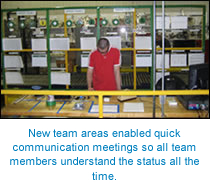 When Ed Furniss first heard about Lean, he didn’t see how it could apply to his company. “Lean seemed fine for the Toyotas and Motorolas of the world with their mass-production operations,” – said Furniss,

Vice president and plant manager at Wabash Plastics, an Evansville, Indiana-based provider of high-quality custom plastic injection-molded parts. “But I didn’t see how it would work for a company like ours, where someone’s running a single machine, producing a part, putting it in a box and shipping it,” So, to get a better grasp of the Lean concept, Wabash Plastics sent its production manager to a class taught by ILS. 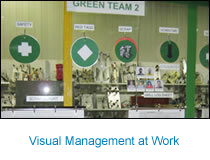 “He came back with a much, much clearer understanding of how to implement the advantages of a Lean system in our operation,” Furniss said. Convinced that Lean might be helpful after all, Furniss and Wabash President John C. Schroeder signed up for a one-week ILS executive seminar.

”We were sold,” Furniss said. Wabash then invited ILS to the plant to meet with us and talk to us about the type of company we were and the kinds of things we were doing,” Furniss recalled. ILS put together a plan to install and implement Lean Systems throughout the company and train all of its employees. 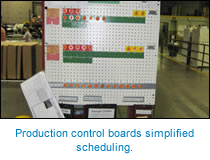 ”Our goal all along was not to install little bits and pieces of lean, but to change the culture of the whole company,” Furniss said. “We felt very strongly that employee involvement was the key. So every employee has gone through extensive training. We educated the employees to better understand what Lean is really about and how they can be a part of it, and how it can improve their job and their working conditions.” Furniss admits that some employees were skeptical at first. “But we made it clear from the very beginning that we would not lay off anybody as a result of the lean program,” he said. “In operations where there were labour savings, we’ve been able to utilize the people in other jobs.” Employees have not only accepted the changes, they’ve taken the lead in implementing them. “Our plant is organised into teams with a team leader for each group of machines,” Furniss said. 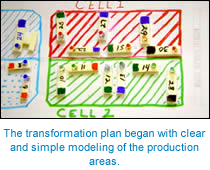 “The team members actually go out and do the time studies and the measurements and come up with the ways to set up the machines and the work stations. They determine the amount of labour needed to run the jobs. The list of improvements the employees have generated is significant.” “They’ve come up with less labour than we have historically used on various jobs,” he said.

“We’ve reduced the amount of material handling because of lower inventories and therefore we were able to move the parts closer to the work centers. We have less scrap and less rework.” Although Furniss is extremely pleased with the progress that Wabash Plastics has made, he looks forward to even greater gains. “Continuous improvement means just that “ it’s a constant process,” he said. “Lean is a journey, not a destination.”